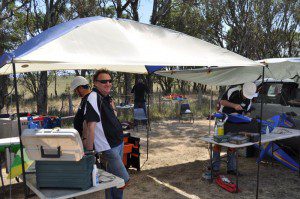 Munro was our last scheduled pylon racing event for 2012 before a 2 month break over the Christmas/Summer holiday. The weather was forecast was fine and warm, particularly on the Saturday, so there was no need for the cold weather gear of recent events.

There was a slightly smaller turnout than usual with some regular competitors busy with other activities. Quickie 500 had better than usual numbers for the weekend.

We started the morning with a update on how our mate Gary Davidson was after having a serious accident earlier in the week, when a spray paint can he was heating, exploded. Gary lost an eye, has lacerations to his hand and arm and is now in need of skin grafts for the burns to his chest. We all wish him a speedy recovery and look forward to seeing him out at a pylon field before too long. He was greatly missed during the weekend. 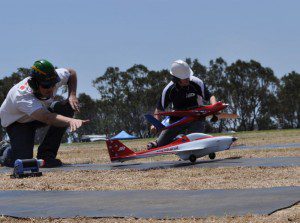 Nice Launch as the Minute Master has just lifted off the mat.

The event was run one class at a time with Q500 up first. With the quick preparation times between races for Q500, we were able to take the fuel out to the line and run 4 rounds of 2 heats fairly quickly. F400 was run next with a break in the middle for lunch and FA1 was run after that. There were always enough competitors free for each class to man the #1 pylon cage.

It was a really warm day and many of us found that we had to ration the water we’d brought out to the field as we were going through it quicker than usual. There was plenty of re-hydration of one sort or an other later that day.

Sunday was another fine sunny day but was a little cooler. We repeated the previous day’s schedule, this time running 5 rounds each. 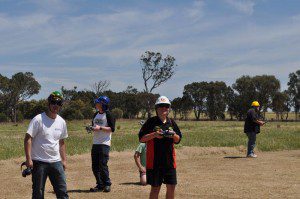 We were all very impressed with Daniel Arapakis’s flying in Q500. Beau Murphy was calling for him, and Daniel was racing low and tight with a good pace on his Viper. This was only his 2nd competition flying a proper Q500 aircraft. Before that he was flying a trainer. Well done Daniel. There are now some nervous Q500 pilots around.

I sheared both blades off the prop of my Q500 (Thunder Tiger) having collected Mark French’s wing tip after a failed takeoff, resulting in a damaged engine and flying my spare for the subsequent races on the Saturday.

There was Glenn Matthews and Jim Orenshaw’s mid-air collision in F400 and Jim lost his spare F400 due to a elevator failure. 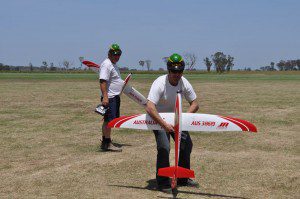 F3D – No changes in 1st and 3nd position, but Beau Murphy has now moved up to 2nd place.

F400 – Gary Davidson and Jim Orenshaw have swapped places with Jim returning to 1st place. Andrew Davies has moved up into 3rd place.

There are now a number of events listed on the event calender and although this is not yet complete for 2013, be sure to pencil these dates into your diary. 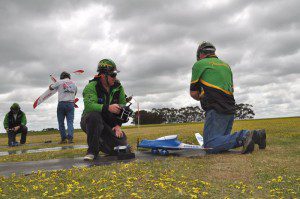 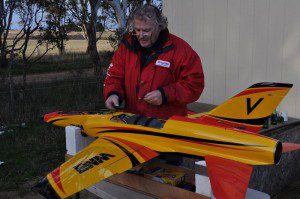